Ahead of earnings season, have private markets become over-valued?

Ahead of earnings season, keep this in mind

A company called WeWork was valued at $65 billion dollars when its largest shareholder Masayoshi Son invested on behalf of his fund called Softbank. This was affirmed at the time by Goldman Sachs’ investment banking arm. Yet by the time it was scheduled to go IPO, public markets valued at the company in the the $15 billion – $25 billion range: a 77% decline in value within a year.

What do P/E ratios actually tell us?

A firm’s price-to-earnings (P/E) ratio represents the price of a share divided by its current earnings per share. In other words, the ratio approximates the number of years an investor would have to wait to see a return on their investment.

Imagine waiting 60 years to see your first returns on investment.  This is exactly what private investors at WeWork said when it had a P/E ratio of 50.  This compares to the 16 or 17 years which is the average in the S&P 500.  This P/E ratio of 16 or 17  happens to correlate very closely with the $16-17 billion dollar valuation of Wework. In other words, the logic of investing in WeWork collapsed when its valuation became more analogous to a normal company. 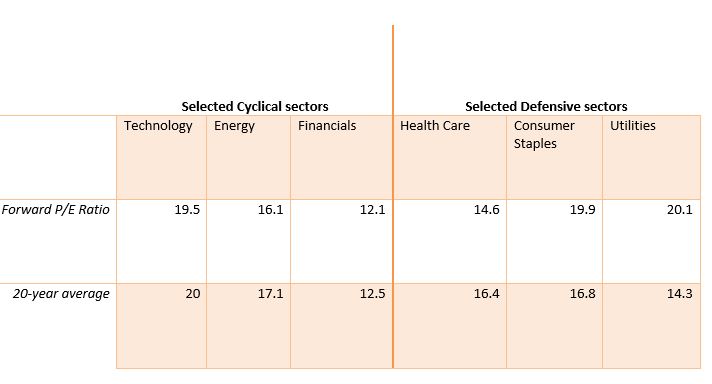 To public investors, a dollar is a dollar, no matter where it comes from. Insofar as shares in a company represent a claim on the company’s future earnings, investors at a basic level care only about how much they have to pay compared with what kind of profit they can expect that company to make in the future

Investors can earn back their investment more quickly if the firm experiences high earnings growth. Technology and communication services firms tend to have high valuations on this basis. Netflix’s has climbed from 59 at the beginning of 2016 to around 104. Salesforce sits pretty at around 101 while Twitter is at 66.5.

These can only make sense to investors if they believe these firms’ earnings will grow more rapidly than expected over the next few years to compensate them for the high price they paid today. Alternatively they might believe in the “greater fool theory”.

WeWork’s valuation may have made sense if you saw it as a “tech” firm and, therefore, had high earnings growth potential.

Be careful about "earnings stories."

In the long-run, investors are only concerned about the return on their investments; they’re much less concerned about the story or process about how that dollar gets made. High P/E valuations like those sustained by SalesForce, Netflix, or Amazon need to be based on a credible belief that those firms’ earnings are poised to grow rapidly.

But not every unicorn that tries to go public is an Amazon or Google; the 2019 class of IPOs’ growth stories were clearly not credible enough to sustain their initial valuations at a time when investors are pricing in near-term recession risks.